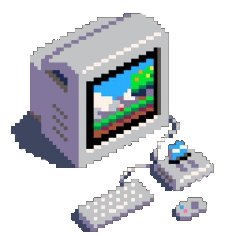 What is a Fantasy Console?

Joseph White ("zep") of Lexaloffle, the creators of Voxatron and PICO-8, coined the term "fantasy console" and describes it as:

"A fantasy console is like a regular console, but without the inconvenience of actual hardware. ... It is similar to a retro game emulator, but for a machine that never existed."

This sparked an entire genre of game development software with strict limitations and lo-fi sound, music, and graphics.

Perhaps unintentionally, they are also amazingly approachable to people of all ages wanting to learn to code and make games.

Here, we want to highlight the best Fantasy Consoles for learning code and game development and help you choose which one is right for you!

Here are a few extra fantasy console options that we have not reviewed, but know they have active communities and developers. Some of them target specific languages that you may prefer:


There are many more fantasy consoles out there but many seem to be abandoned projects and no longer under development. If you want to see all of them then check this out:

There is also a 3D fantasy console still being developed. It is the big brother of PICO-8 and shares many components and features. You can buy them both in a bundle. Find out more here:

* A fantasy console's limitations are a very beneficial thing in most cases, explained in detail below.

Where you can install the Fantasy Consoles to build games.

How you can export your games for distribution.

"Native" = play games within the fantasy console editor in their native file formats.

PICO-8 has "splore", a huge browse-able library of games that connects to the community forums for easy downloading and sharing. (TIC-80 now actually has its own version of "splore" called "surf" but with fewer games.)